Five McCook Community College volleyball players have received post-season and conference and Region IX awards as the program prepares to host the Region IX Showcase for 45 junior college athletes looking to continue their careers and displaying their talents in front of four-year coaches. That showcase is set for Dec. 4 at the Peter and Dolores Graff Events Center. The public is welcome to attend.

Hosted for the first time in November of 2020, this showcase had more than 300 college coaches tuning in to watch virtually and now this more than 20 four-year coaches will be attending in person and more than 100 committed to attend virtually via livestream.

“It’s not just about getting my players on to four-year schools, it’s about all the players in the region moving on and this is my way of help the whole region,” said MCC Coach Hayley Kobza. “I love coaching at the junior college level and watching players drastically change their play in two years.”

Kobza said during the Covid-19 postponement of the fall volleyball season of 2020, coaches were looking to try and keep athletes and keep their careers on track as much as possible and thinking of ways to do that and that’s when she decided to cast her efforts in the direction of a virtual showcase.

“We have the facilities and we have what I think is the best community, so why not utilize them and help more athletes?” she said. “And in the long run, if I can put forth a little bit more effort in all of Region IX, I can possibly help more athletes find their next volleyball endeavor at a four year school.”

Kobza and the MCC volleyball team are coming of a 20-18 season in which she was named the Nebraska Community College Athletic Conference Championship Coach of the Year. Four players were selected for the all NCCAC team and three players were named to the All-Region IX South team.

“Even though our season wasn’t what we wanted, I still think there are still things that we can be proud of,” Kobza said. “We had players ranked in the top 20 in the nation, we won our conference, we made it into the Region IX tournament, we have players continuing their volleyball careers, and we learned a lot.”

This fall was the third time in the past four seasons MCC won the Nebraska Community College Athletic Conference Championship which accompanies the coach of the year award. Kobza has earned NCCAC top coaching honors in 2018, 2019 and after COVID-19 pushed the 2020 season back to a spring season, she claimed the honor again this fall going 5-1 in conference play improving to 16-2 against conference opponents since the 2018 season. Overall MCC went 20-18 this fall. Kobza, who just completed her sixth year at MCC picked up her 100th career win as a coach in September and closes out the year with a 111-99 record at McCook.

This fall she played in 38 matches with 386 kills, 402 digs, 35 service aces and 56 total blocks. She was again named to the all-Region IX South team and the all NCCAC team. For her career she compiled 561 kills, 612 digs, 60 aces, 108 assist blocks, and six solo blocks. She posted a career-high 22 kills in the opening match of the Region IX Tournament. She ranked 18th in the country in kills (12th in total attacks)

Earlier this month she signed a national letter of intent to continue her volleyball career next year at Augusta University in Georgia, an NCAA division II program.

In being named to the Region IX all-south team, sophomore Janie Sommer, 6-0 setter, split time in the 6-2 offense this past spring as setter playing in 27 matches and was credited with 436 assists, 142 digs, 33 kills, 11 serving aces, and 24 blocks.

Thaynara Isabela, was selected all-Region IX south and all-NCCAC as a freshman outside hitter. Playing in 37 matches this fall as a freshman and led the team with 392 kills (15th best in the nation) along with 365 digs, 52 total blocks, and 34 service aces. She topped the 10-kill standard 20 times this fall and had 16 matches with double-digit digs. She killed a career-high 20 balls on Oct. 15 at Trinidad State and posted a career-best 22 digs at home Sept. 24 against Trinidad State. On 13 occasions she posted double-digit kills and digs in the same match.

Victoria Thomas, 5-8 outside hitter appeared in 34 MCC matches and compiled 192 kills, 21 total blocks, 201 digs, and 12 service aces. She reached double-digit kills six times during the season including a season-high 16 in the Region IX Tournament Nov. 3 against Central Wyoming. 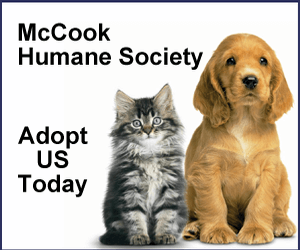