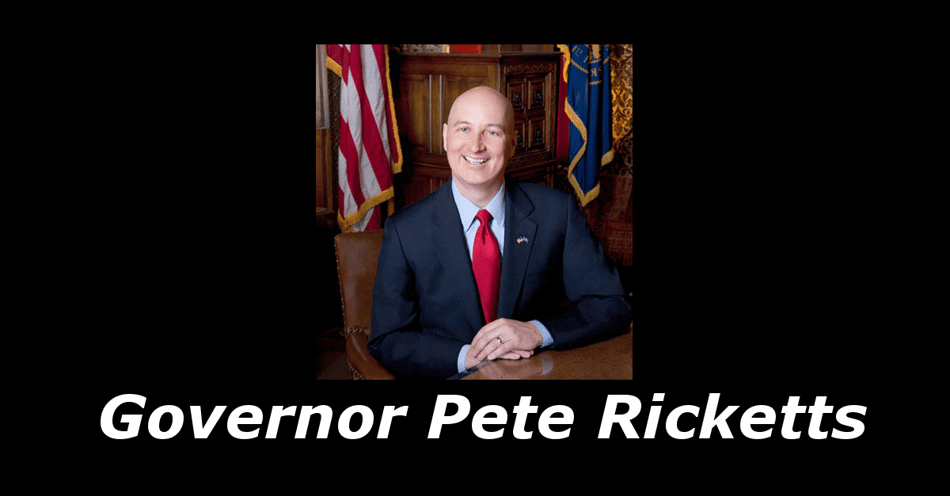 LINCOLN, Neb.– Today, Nebraska Governor Pete Ricketts announced his intention to seek the appointment to serve as the state’s next U.S. senator. Ricketts will submit his application for consideration alongside all other applicants in the process Governor-elect Jim Pillen has laid out to fill Nebraska’s upcoming Senate vacancy.

“This decision is the result of many hours of prayer and family discussions,” said Governor Ricketts. “For me, it came down to a single question: How can I best serve the people of Nebraska and advance our conservative values? In Congress, we’re in a fight for the future of our nation, and it’s a fight we have to win. We must cut taxes, strengthen public safety and our national security, and protect our most sacred freedoms.”
“Over the last eight years, we’ve shown the world the real impact conservative leadership can have,” Ricketts said. “I want to continue delivering results for our state, fighting to reduce taxes, grow our economy, defend our liberties, and run government more like a business. I’ll never stop working to get the job done, and that’s why I’m asking for Governor-elect Pillen’s consideration.”

Pete Ricketts is the 40th Governor of the State of Nebraska. Over the last eight years, Governor Ricketts has delivered historic tax relief, record job creation, and new investments across the state, all while limiting the growth of state spending. A business executive, Ricketts’ leadership during the 2019 floods and the COVID-19 pandemic has been nationally recognized, as have his efforts to make state government more effective, efficient, and customer-focused. A leader in the conservative movement, Ricketts is the former chair and vice chair of the Republican Governors Association. Governor Ricketts and his wife, Susanne Shore, have three children: Margot, Roscoe, and Eleanor. The Ricketts family attends St. Margaret Mary’s Church in Omaha.